The town of Nutt was founded in 1881 as a station Atchison Topeka & Santa Fe Railroad terminal serving the mining communities of the Black Range; it was named after Colonel Henry Clay Nutt, one of the railroads board of directors.

Nutt was an important point for shipping ore, but when the railroad in 1884 was extended to Lake Valley, Nutt lost much of its importance and population. Nutt had a post office from 1881 until 1884, and again from 1899 until 1939.

Nutt, unlike Lake Valley, has survived as a trading point and has retained a sense of humor; a sign in Nutt used to proclaims it “The Middle of Nowhere.” 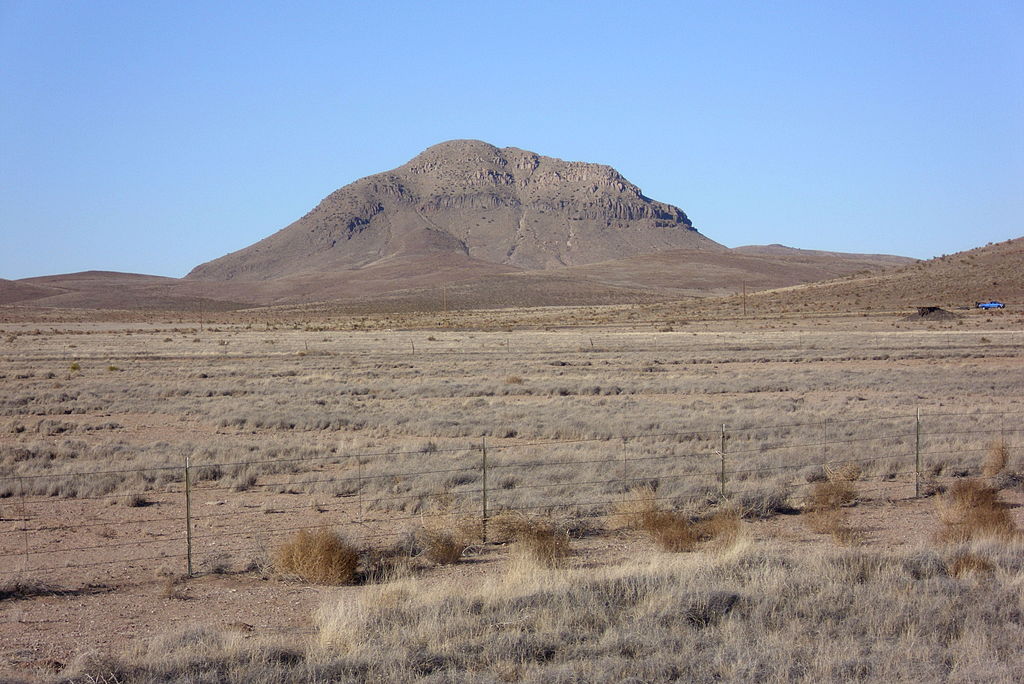 Nutt is located on a rise between Los Uvas Valley to the east,  and the Macho Creek Valley to the west. The rise is actually a pass through the remnants of the Good Sight Mountains, the tallest of which, Nutt Mountain at 5,940 ft., is 2.5 miles north of Nutt. Nutt Mountain is a volcanic plug composed of layered rhyolites. Also sometimes labelled Sunday Cone, for reasons unknown, though perhaps it’s a misspelling of Sundae Cone, which with a little imagination it resembles.